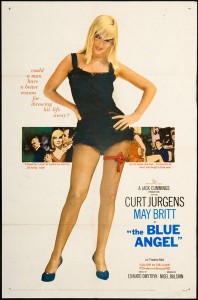 Professor Immanuel Rath (Curt Jurgens)is a martinet botany professor at a German high school who finds post cards bearing the likeness of Lola-Lola (May Britt), “The Blue Angel”, in the possession of his pupils. He goes to the cafe where she is appearing to see if any of his pupils are there, and spots two of them. While chasing them, he encounters Lola-Lola and the troupe manager, Kiepert (Theodore Bikel.) He returns the next evening and becomes involved with Lola. His visit to the cafe, and the fact he spent the night with Lola, becomes common knowledge and he is forced to leave his school position. Despite the protests of his friends, he marries Lola, who is intrigued by the idea of being the wife of a professor. The intrigue doesn’t last long, as Rath is unable to get work because of his wife. He becomes a broken character, reduced to performing odd jobs around the troupe and living off the earnings of his wife. 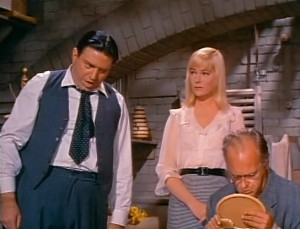 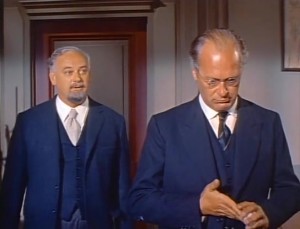 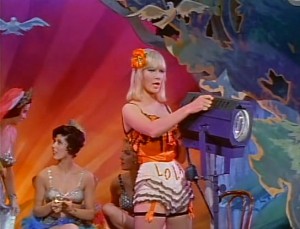 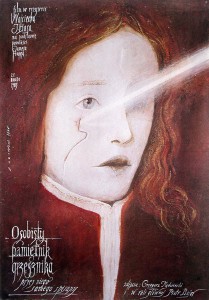 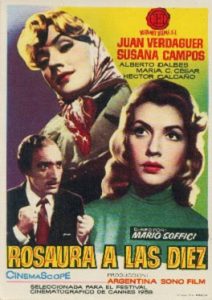