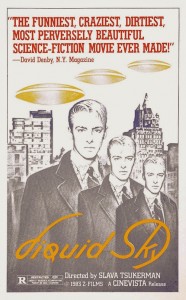 Invisible aliens in a tiny flying saucer come to Earth looking for heroin. They land on top of a New York apartment inhabited by a drug dealer and her female, androgynous, bisexual nymphomaniac lover, a fashion model. The aliens soon find the human pheromones created in the brain during orgasm preferable to heroin, and the model’s casual sex partners begin to disappear. This increasingly bizarre scenario is observed by a lonely woman in the building across the street, a German scientist who is following the aliens, and an equally androgynous, drug-addicted male model. (Both models are played by Anne Carlisle, in a dual role.) Darkly funny and thoroughly weird.
END_OF_DOCUMENT_TOKEN_TO_BE_REPLACED 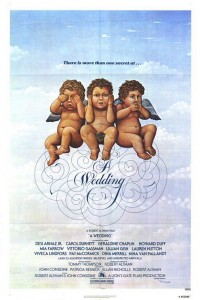 Muffin’s wedding to Dino Corelli is to be a big affair. Except the aging priest isn’t too sure of the ceremony, only the families actually turn up as the Corelli Italian connection is suspect, security guards watch the gifts rather over-zealously, and Dino’s grandma expires in bed just as the reception starts. Could be quite an occasion.
END_OF_DOCUMENT_TOKEN_TO_BE_REPLACED 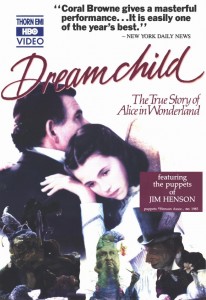 Exploring the somewhat darker and more mysterious side of the Lewis Carroll’s classic book, the movie follows Alice Liddell (the book’s inspiration) as an old woman who is haunted by the characters she was once so amused by. As she thinks back on it, she starts to see her relationship with the shy author/professor in a new way and realizes the vast change between the young Alice and the old.
END_OF_DOCUMENT_TOKEN_TO_BE_REPLACED 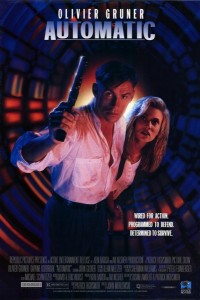 Robgen industries newest security system is “The J Series Automatic”, an android model designed and programmed to protect humans from violent attacks. But one night, an Automatic named J269 discovers a Robgen executive trying to rape a female employee named Nora Rochester. While trying to stop the crime, he inadvertently kills the executive. At this point, J269 then calls Goddard Marx (his creator and a Robgen chairman) to inform him of the incident. Marx tells the android to stay there with Rochester until help arrives, but Marx is intent on sweeping the fiasco under the rug by sending mercenaries to eliminate both J269 and Rochester. Now the two are fugitives on the run from a para-military hit squad.
END_OF_DOCUMENT_TOKEN_TO_BE_REPLACED 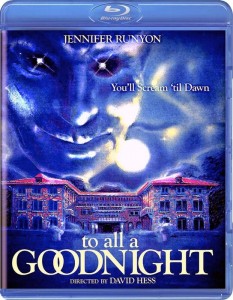 It’s Christmas break at the Calvin Finishing School for Girls, and the students are planning a big party while the president of the school is away. A group of boys show up and the fun begins, until mysterious killer starts bumping off couples one by one. The police show up and promise to keep everyone safe, but they prove ineffectual against the crazed psycho. Could the killings have anything to do with the girl who was killed in an initiation stunt at the school a few years earlier?
END_OF_DOCUMENT_TOKEN_TO_BE_REPLACED 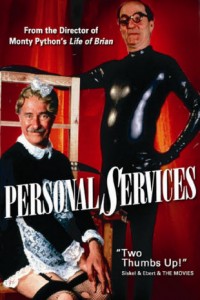 The story of the rise of a madame of a suburban brothel catering to older men, inspired by the real experiences of Cynthia Payne.
END_OF_DOCUMENT_TOKEN_TO_BE_REPLACED 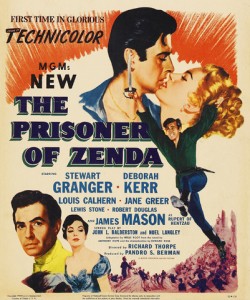 English trout fisher Rudolf Rassendyll is about the only tourist not coming for the coronation of Central-European King Rudolf V at Strelsau, but happens to be a distance relative and is approached on account of their canning resemblance to stand in for the drunk king, in order to prevent his envious half-brother Michael, who arranged spiking his wine to seize the throne when the reputedly less then dutiful Rudolf stays away. The ceremony goes well, and he gets acquainted with the charming royal bride, related princess Flavia, but afterward the king is found to be abducted; he must continue the charade and once the hiding place, the castle of Zenda, is found is involved in the fight between political parties for control over Rudolf V, his the throne and his bride, for which a formidable third candidate, Michael’s disloyal co-conspirator Rupert of Hentzau, was waiting in the curtains.
END_OF_DOCUMENT_TOKEN_TO_BE_REPLACED 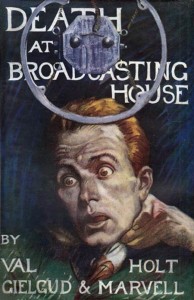 When an actor is murdered during the recording of a radio play, Detective Inspector Gregory quickly discovers that the victim had many enemies amongst his fellow players. When his deductions lead him into a blind alley he decides to reconstruct the crime, hoping that this tried and tested device will lead him to the killer. All the technical and human resources of Broadcasting House are brought to his aid…
END_OF_DOCUMENT_TOKEN_TO_BE_REPLACED 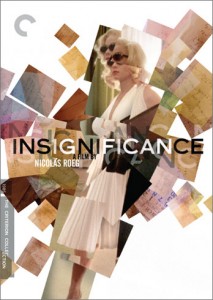 Four 1950’s cultural icons (Albert Einstein, Marilyn Monroe, Joe DiMaggio and Senator Joseph MacCarthy) who conceivably could have met and probably didn’t, fictionally do in this modern fable of post-WWII America. Visually intriguing, the film has a fluid progression of flash-backs and flash-forwards centering on the fictional Einstein’s current observations, childhood memories and apprehensions for the future. END_OF_DOCUMENT_TOKEN_TO_BE_REPLACED 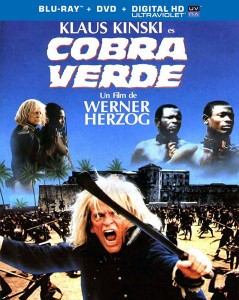