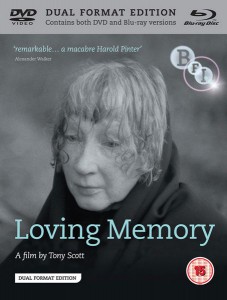 The film concerns an elderly couple played by Rosamund Greenwood and Roy Evans, who we later discover to be brother and sister, who accidentally run over and kill a young cyclist played by David Pugh on a lonely northern moor – but instead of reporting the incident to the police the woman decides to take the corpse home with them. There she dresses him in the clothes of a second brother, killed in the Second World War, shows him her photo-albums, and tries to engage him in conversation. Her brother, meanwhile, gathers wood to build a coffin. Greenwood has the only speaking part in the movie and largely carries it; she gives a subtle, heart-rending performance as a sister clinging to her past. Memories of the War hang heavily over the house – quite literally in the form of an aircraft propeller suspended from the ceiling that the woman booby-traps in order to prevent her brother burying the corpse. 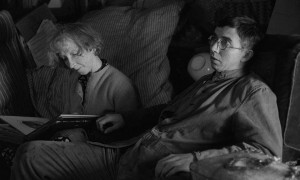 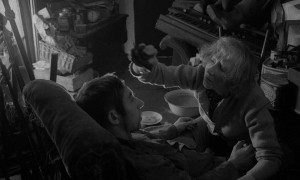 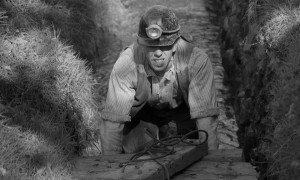 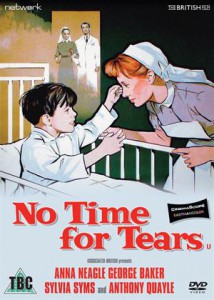 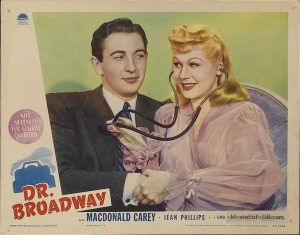