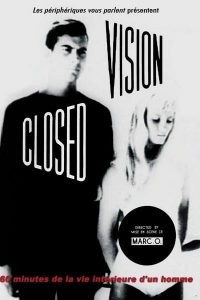 A nearly forgotten feature by one of the founders of Lettrism, Closed Vision was the directorial debut of Marc’O (born Marc-Gilbert Guillaumin), editor of the short-lived Lettrist film journal Ion and producer of Jean-Isidore Isou’s infamous Traité de bave et d’eternité. Compared to that film or Maurice Lemaitre’s Le film est déjà commencé?, Closed Vision is a more literary and downright genial effort. If Isou and Lemaitre were content to “destroy cinema” (exposing ugly, banal images or simply splicing in scratched-up blank leader in semi-conjunction with endless soundtrack harangues), Marc’O here seems almost to save it – or at least to invest serious effort toward finding a cinematic idiom equivalent to the novel’s stream-of-consciousness (the subtitle is ‘Sixty Minutes in the Interior Life of a Man’). Debuted at the 1954 Cannes Film Festival with endorsements from Jean Cocteau and Luis Buñuel. 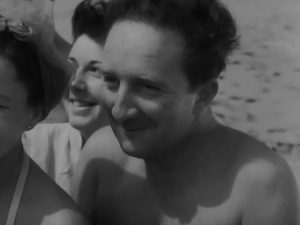 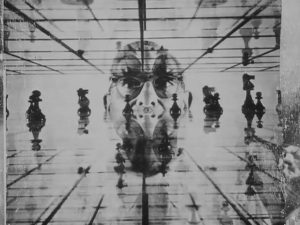 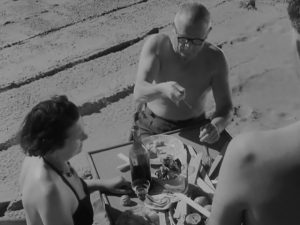 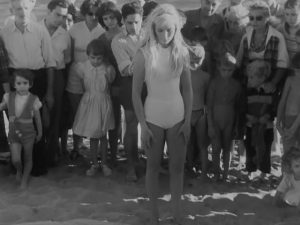 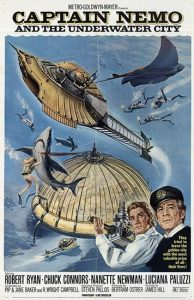 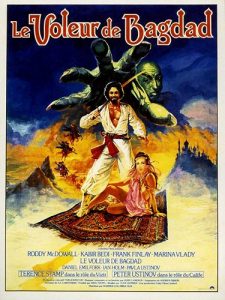