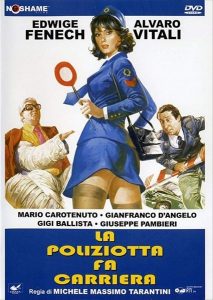 Gianna Amicucci works in the house of the head of her hometown police force and enters the academy with a kickback from him. END_OF_DOCUMENT_TOKEN_TO_BE_REPLACED 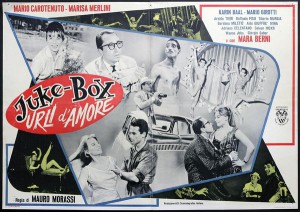 Mario, after serving a sentence for fraud, trying to continue to live at the expense of others. Marisa knows, a mature unmarried owner of a house music started that, despite everything, would like to marry him. After deception and misunderstanding, Mario, who has no intention of getting married, and has since used the situation weaving a series of cheating availing themselves of the house music is discovered and, when pressed between the prison and marriage, promises to Marisa to marry her, but then they blow it upstream to the last moment.
END_OF_DOCUMENT_TOKEN_TO_BE_REPLACED

A sexy graduate student (Velazques) is giving her thesis presentation, which creates quite a stir since she has just posed as a prostitute for several months to do sociological research for her thesis. She relates various stories of her experiences to her salivating thesis committee and a large audience of curious on-lookers.
END_OF_DOCUMENT_TOKEN_TO_BE_REPLACED