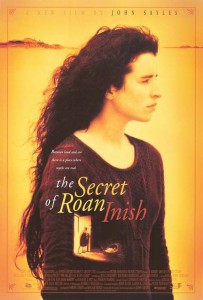 10-year-old Fiona is sent to live with her grandparents in a small fishing village in Donegal, Ireland. She soon learns the local legend that an ancestor of hers married a Selkie – a seal who can turn into a human. Years earlier, her baby brother washed out to sea in a cradle shaped like a boat; someone in the family believes the boy is being raised by the seals. Then Fiona catches sight of a naked little boy on the abandoned Isle of Roan Inish and takes an active role in uncovering The Secret of Roan Inish. Written by John Oswalt. Modified by Nancy Janelle.
END_OF_DOCUMENT_TOKEN_TO_BE_REPLACED