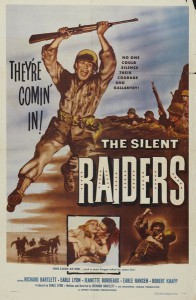 American-produced-directed-written films by Richard Bartlett and Earle Lyon were guaranteed to resemble something from Monogram or PRC on a bad day at Monogram or PRC. This overseas-production for Lippert falls way short of that. Some source seems to think that Nanette Bordeaux and Huntz Hall were in this film, but the actress in this film is a French actress named Jeannette Bourdeaux and Huntz Hall is nowhere in sight, although an untalented character vaguely resembling him is on board.
END_OF_DOCUMENT_TOKEN_TO_BE_REPLACED