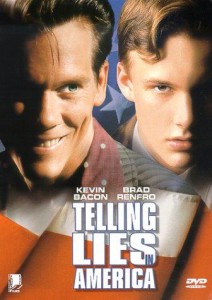 Karchy (Brad Renfro) is a boy in school who has moved from Hungary to America in the 1960’s. He is struggling in school and trying to adjust to America’s culture. He then hears about a radio DJ Billy Magic (Kevin Bacon) who holds a contest for a Student Hall of Fame every week. When Karchy finally wins after several weeks, he spends more time with Billy Magic…a man with money, girls, and glam. Karchy thinks that by spending time with Magic, he can become “cool”. He then starts telling lies, to make himself seem greater than he really is. But when his lies begin hurting the people he cares about, he realizes that it isn’t worth telling lies if it affects your friends. Afterwards, he learns to accept himself for the person he is, and gives up lying. And as for Billy Magic, it turns out that he pays his price for all the lies that he has told as well….
END_OF_DOCUMENT_TOKEN_TO_BE_REPLACED