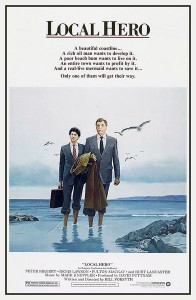 Oil billionaire Happer sends Mac to a remote Scotish villiage to secure the property rights for an oil refinery they want to build. Mac teams up with Danny and starts the negotiations, the locals are keen to get their hands on the ‘Silver Dollar’ and can’t believe their luck. However a local hermit and beach scavenger, Ben Knox, lives in a shack on the crucial beach which he also owns. Happer is more interested in the Northern Lights and Danny in a surreal girl with webbed feet, Marina. Mac is used to a Houston office with fax machines but is forced to negotiate on Bens terms.
END_OF_DOCUMENT_TOKEN_TO_BE_REPLACED 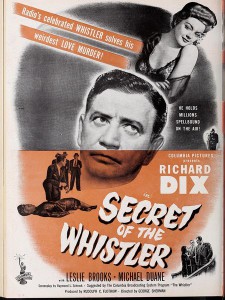 An artist married to a wealthy but ill woman begins an affair with one of his models, who is after him solely for his money. His wife discovers the affair and threatens to cut him out of her will. In order to be able to keep both the wife’s money and his girlfriend, he begins to secretly poison his wife – but events take a surprising turn after she eventually dies.
END_OF_DOCUMENT_TOKEN_TO_BE_REPLACED 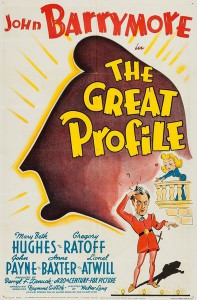 Barrymore lampoons himself. A famous actor, given to drink, nearly destroys the show, but his leading lady returns to save it. Meanwhile a young girl tries to reform him.
END_OF_DOCUMENT_TOKEN_TO_BE_REPLACED 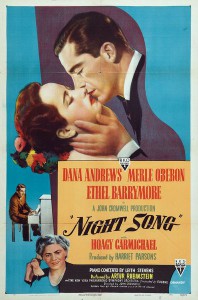 Cathy Mallory, beautiful socialite who prefers classical music, is taken by friends to a back-alley dance club. There, she meets blind pianist Dan Evans, who plays in Chick Morgan’s swing band but seems to be a composer of great promise. Attracted but spurned, Cathy feigns blindness herself to get past Dan’s bitter facade, scheming to get him to the doctor who can restore his sight…and to Carnegie Hall. But her actions bring about several twists in their relationship…
END_OF_DOCUMENT_TOKEN_TO_BE_REPLACED 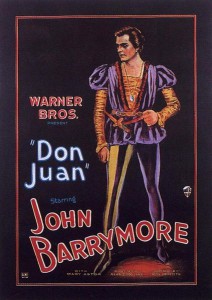 If there was one thing that Don Juan de Marana learned from his father Don Jose, it was that women gave you three things – life, disillusionment and death. In his father’s case it was his wife, Donna Isobel, and Donna Elvira who supplied the latter. Don Juan settled in Rome after attending the University of Pisa. Rome was run by the tyrannical Borgia family consisting of Caesar, Lucrezia and the Count Donati. Juan has his way with and was pursued by many women, but it is the one that he could not have that haunts him. It will be for her that he suffers the wrath of Borgia for ignoring Lucrezia and then killing Count Donati in a duel. For Adriana, they will both be condemned to death in the prison on the river Tigre.
END_OF_DOCUMENT_TOKEN_TO_BE_REPLACED 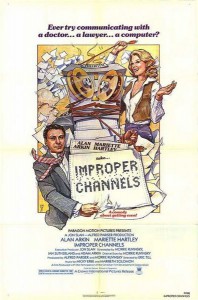 A father brings a young child to an emergency room to get treatment for a minor injury occurring in an innocent accident, but he gets accused of child abuse. Child welfare agencies commit grossly unfair over-reactions to remove the child forcibly from the Father (Arkin), who must brave the arcane system to reclaim his daughter.
END_OF_DOCUMENT_TOKEN_TO_BE_REPLACED 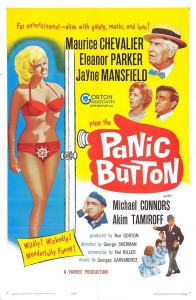 A businessman plans to solve his tax problems by financing a film version of “Romeo and Juliet”. He hires Maurice Chevalier and Jayne Mansfield to play the title roles, and Akim Tamiroff to direct. The finished film is shown at the Venice Film Festival, where it’s considered a witty parody and awarded a Golden Lion.
END_OF_DOCUMENT_TOKEN_TO_BE_REPLACED 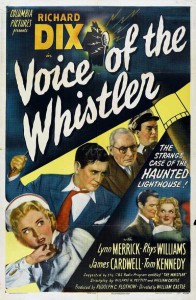 The 4th film of the Columbia series based on the CBS radio program, “The Whistler”, finds wealthy John Sinclair, with no health or friends, being advised by his doctor to take a long vacation. Heading for the Great Lakes, he becomes ill in the cab operated by Ernie Sparrow an is taken to a clinic where he meets nurse Joan Martin, who is engaged to intern Fred Graham. Doctors now tell him he has only a few months to live and advise him to go to Maine (where, evidently, it will seem longer.) He asks Joan to marry him, promising to leave her his fortune.
END_OF_DOCUMENT_TOKEN_TO_BE_REPLACED 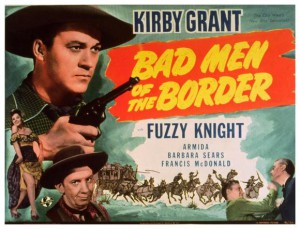 U. S. Marshal Ted Cameron (Kirby Grant), masquerading as a bandit, robs a mail coach. Delores Mendoza (Armida), a passenger, is an agent for the Mexican government, assigned to investigate a counterfeiting and smuggling gang operating below the border. She joins forces with Ted and his sidekick, Rockabye Jones (Fuzzy Knight), and together they expose the gang and bring them to justice.
END_OF_DOCUMENT_TOKEN_TO_BE_REPLACED 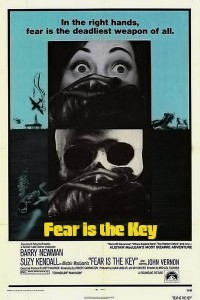 Following the death of his family in an aeroplane crash, a man plots an elaborate revenge scheme on those responsible. By setting himself up as a criminal, he plans to get close to a certain tycoon who has been approached by the culprits to help them retrieve the cargo of the lost plane.
END_OF_DOCUMENT_TOKEN_TO_BE_REPLACED 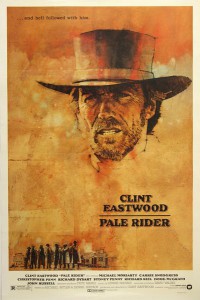 A mysterious and possibly otherworldly stranger comes to the rescue of a frontier town in this Western, which was strongly influenced by the George Stevens classic, Shane. The peace of a small mining community is shattered when Coy LaHood (Richard Dysart), the ruthless proprietor of a powerful strip-mining company, arrives in town with his son Josh (Christopher Penn) and a posse of hired guns to drive out the townspeople and take control of the territory. Megan (Sydney Penny), a young girl whose pet was killed in the melee, prays to God for someone to defend the village from the marauders; soon, the Preacher (Clint Eastwood) arrives on a pale horse, and joins forces with Hull Barrett (Michael Moriarty), the unofficial leader of the miners and one of the few who attempts to defend himself, to take a stand against LaHood and his men. As the Preacher and Barrett try to organize the miners to fight the invaders, both Megan and her mother Sarah (Carrie Snodgrass) find they’re drawn to the Preacher, who keeps to himself and seems to have more than his share of secrets. Pale Rider was also directed by leading man Clint Eastwood; it was his first Western as both director and star since the acclaimed The Outlaw Josey Wales.
END_OF_DOCUMENT_TOKEN_TO_BE_REPLACED 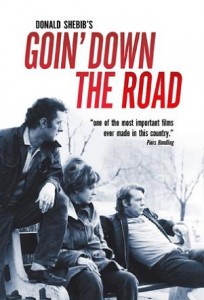 Two friends leave the picturesque yet rural province of Nova Scotia for the nightlife and culture of Toronto. They soon end up wistful and nostalgic about Nova Scotia though after finding out that Toronto isn’t as fun as they’d hoped.
END_OF_DOCUMENT_TOKEN_TO_BE_REPLACED 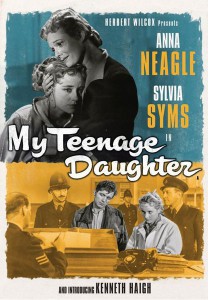 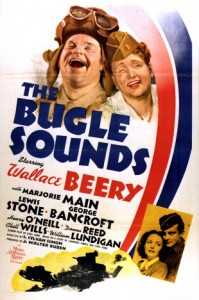 Sergeant “Hap” Doan, heartbroken that the Nineteenth Cavalry, in which he has served for so many years, is to be mechanized and replenished with twenty recent draftees, goes on a drinking spree. He rails about leaving the Army, but is there when the draftees arrive, ready to make good soldiers out of them. When his horse, Cantigny, is killed by the explosion of a tank that had been sabotaged by Nazi-agents, he goes AWOL, and is court-martialed upon his return and given a dishonorable discharge. But he is under secret orders from his Commanding Officer to join the gang of German spies, who have every reason to believe they can trust the disgruntled ex-sergeant..
END_OF_DOCUMENT_TOKEN_TO_BE_REPLACED 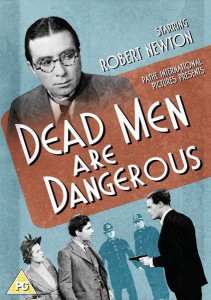 A down-and-out writer being hounded by collectors stumbles upon dead man lying under a fallen tree limb. Little did he know the man had been murdered, and he concocts a scheme of exchanging clothes and identifications in hopes of making a clean slate of things. Coincidental happenings lead the police to his new alias. A secret diary and a murder weapon hold the truth to his innocence while Scotland Yard is now the hound on his trail. The true killers are eventually exposed to him and his sweetheart. Then the truth is exposed. A somewhat frustrating story as the viewer watches errors in judgement from all angles. But a good ending for all except the murderers.
END_OF_DOCUMENT_TOKEN_TO_BE_REPLACED