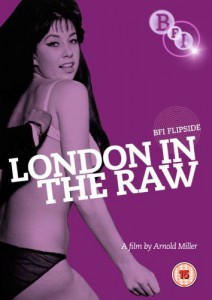 ‘The World’s greatest city laid bare! Thrill to its gay excitement, its bright lights, but be shocked by the sin in its shadows!’
END_OF_DOCUMENT_TOKEN_TO_BE_REPLACED 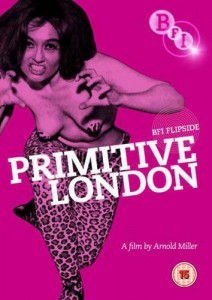 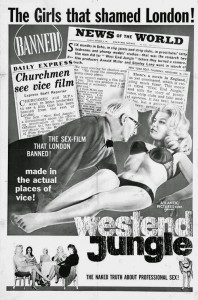 Seamy or at least black and white expose of 1950’s London’s sex trade in all its guises. Using actors and clearly of the period, this reveals and condemns all the tricks of the trade, from call girls to clip joints and high massage parlours to low class walk ups. It’s hard to know which are less appealing: the deluded and self-deluded and desperate punters or the calculating and equally desperate working girls. The film condemns them equally, while revealing in details the titillation and barely legal disrobing designed to arouse man’s baser desires. With a voice-over straight from the Department of Public Morals, and fascinating glimpses of a period long ago, this has something for everyone. Huge potential for unintentional humour and entirely convincing as to the facts of the case.
END_OF_DOCUMENT_TOKEN_TO_BE_REPLACED